Netflix's Relationship with Superheroes - It's Complicated 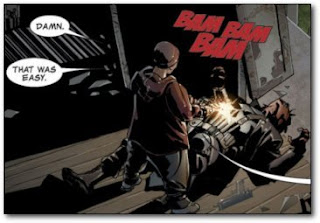 It's the end of the five-year Marvel Era at Netflix. On Feb. 18th, they announced the cancellation of both The Punisher and Jessica Jones, the only two remaining series in its superhero lineup based on Marvel Comics. The announcement wasn't entirely unexpected since they had cancelled Daredevil, Luke Cage, and Iron Fist late last year. The move coincides with plans by Disney, owner of Marvel, to launch its own streaming channel, Disney+, sometime this year, so it is likely that Disney is reining in some of it's licenses in preparation for creating content of their own.

But don't think for a minute that Netflix is getting out of the super-biz altogether. They've recently premiered The Umbrella Academy, a series based on Gerard Way's Eisner-winning comic about a dysfunctional family of superheroes. The series stars Ellen Page (Juno, X-Men), Tom Hopper (Black Sails, Merlin) and the Empress of Soul herself, singer/actress Mary J. Blige.

Netflix has also announced crew and main cast for Jupiter's Legacy, a TV series based on the comic series by Mark Millar (Kick-Ass, Kingsmen). Netflix has acquired not just the rights to the Millarworld catalog of properties, but outright ownership. To date, there are plans for multiple movies and series based on Millar titles American Jesus, Empress, Huck, and Sharkey The Bounty Hunter.

Notably missing from Netflix Millarworld list is Superior, a comic about a boy in the body of a superhero, which was optioned by 20th Century Fox in 2014. Fox announced the assignment of a writing team and producer in 2016, but there have been no new developments since. Possibly the surface similarities between Superior and Shazam have moved this project to the back burner.

As part of the buyout, Netflix retained Millar and his wife, Lucy, to manage the list of streaming projects and continue producing Millarworld comic under the Netflix label. He seems happy enough with the arrangement:


“My wife Lucy and I are eleven months into our jobs at Netflix and it’s everything we hoped for to the power of ten. To see a movie based on your work every couple of years is incredibly exciting, but to see them all happening at once like this and with talent this high-end is just off the scale. These are writers and directors I’ve privately been sending fan-mail to over the last eighteen months so to be working with them all is just enormously exciting. This really is the greatest creative environment I’ve ever worked in. I can’t wait to switch on my computer every morning.”

Sounds like they're living the dream. While I'm not quite ready to be bought out, if any of y'all know somebody with pull at Netflix, send them a copy of Burden of Solace, please. 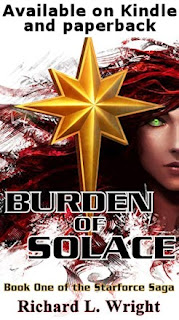 To celebrate the release of my new book,
the Kindle edition of Burden of Solace is
FREE FOR ONE DAY ONLY
(Thursday, Feb. 7th, 2019)
CLICK HERE to get your copy!

She can heal any wound - except her own heart.

Everyone expected Cassie to become a doctor, to honor the legacy of her humanitarian parents. Those expectations have made her angry, cynical and lonely. Then a brutal attack triggers Emergence. Her body now heals itself instantly, and she can sense emotions and injuries in others. She’s become an exohuman: a freak, a non-person without rights, freedoms - not even deserving of a name. Her hands can heal any wound, but the good she can do comes at a price.

If the government finds out, Cassie will be conscripted into the ranks of numbered law-enforcement drones called Guardians. Despite the desire to use her new abilities to help people, Cassie knows she’s no hero. She needs to hide.

But there’s a sadistic rogue exo, and he’s behind an epidemic of murders, madness and
suicides in her city. He’s already tried to kill Cassie and she may be the only one immune to his power, the only one that can stop him.

Her sole ally is the invulnerable titan, Guardian 175. With her empathic senses she can actually feel his growing affection for her. But his loyalties are divided between love and duty. She wants to trust him, but it’s a lot to ask of her and betrayal by him could destroy everything.

Posted by Richard at 7:37 AM No comments: