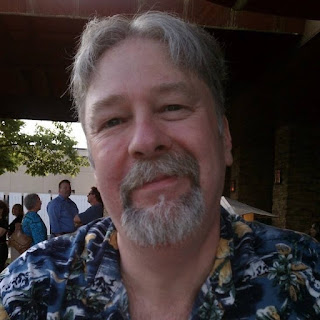 Born in Virginia and raised in Georgia, Richard L. Wright grew up reading everything he could get his hands on. His first literary crush was James H. Schmitz's Telzey Amberdon, a sci-fi heroine who didn’t rely on feminine wiles or need a man to rescue her - she was simply good at what she did.

After a long career as an award-winning software developer, Richard stepped away from the tech world to create stories like the ones that had inspired him. While trying his hand at filmmaking, he found that writing was more satisfying than filming. Plus, it takes a village to shoot a film and he could write a novel all by himself in his underwear.

Richard currently lives on Hilton Head Island, South Carolina, with his LadyWife, Deb, who he tries to make laugh every day. Sometimes with him, other times at him. Either way works.